Home » Lifestyle » The Story of How I Met My Boyfriend, Alejandro! 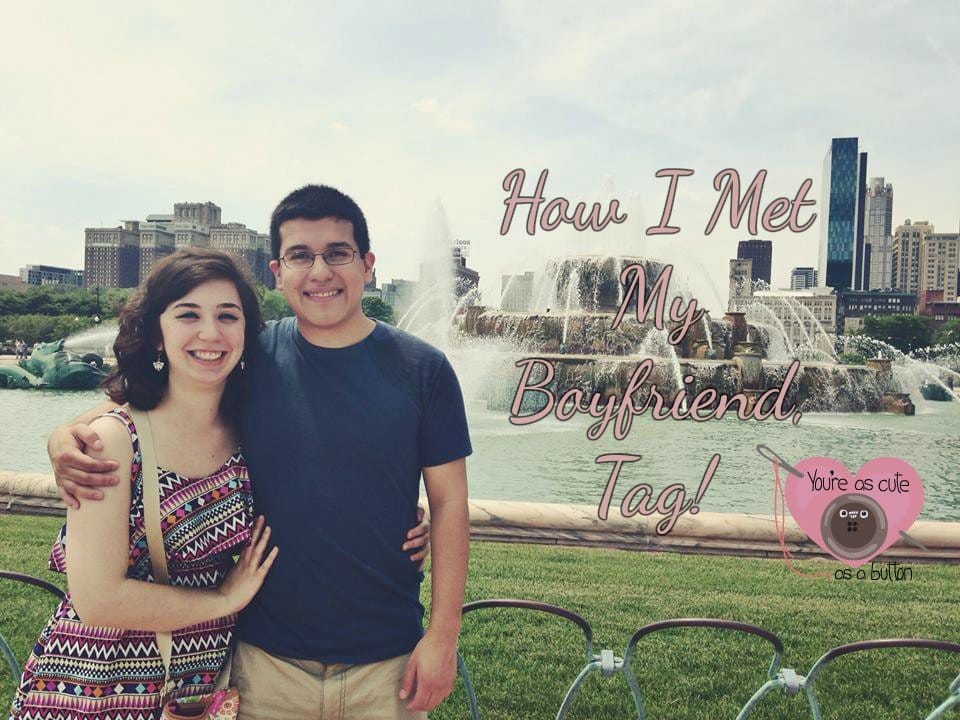 Hi there, lovelies <3 just thought I’d come on and write a little post about how I met my boyfriend, Alejandro. I’ve mentioned our relationship before but really wanted to share more about him 🙂 Hope you enjoy <3

I heard his laughter before I saw him.

It was a boisterous, genuine chuckle, the type that made you want to smile.

My good friend had invited me to her dance practice for an upcoming show at our university and I remember feeling awkward. All of the people there seemed so confident and I wished that I had the guts to dance in front of that many people.

I took my seat on one of the benches in the practice room. To my right, I heard that laugh again. It belonged to a stocky, cute guy with a sweet, wide smile and dark eyes. I don’t know why but I felt myself hiding a huge smile behind my hands. There was something about his presence that made me giddy in the most childish of ways.

“Who was that dude with the dark hair and glasses?” I asked my friend later that night as we hung out in my dormroom.

“Oh, are you talking about Alejandro?” she eyed me, suspicious already.

“That’s his name? Alejandro.” I grinned.

“Why?” I asked, already defensive of him for some odd reason. After all, I didn’t even know the guy and wasn’t one to think the best of people.

“He is such a player. Let’s just say he gets around.”

“Really, he doesn’t seem like the type,” I told her. “He actually looks really sweet.”

For the next few weeks, I mostly stayed quiet about the cute guy that I saw at dance practice.

What was I getting all worked up about, anyway? He was a stranger, really. No sense in making a scene.

Alejandro honestly wasn’t on my mind for those two or three weeks.

That is, until my friend invited me to a house party and I saw him again. When our eyes met, I began to feel flustered Should I say something?

He and a few of his friends were playing video games. Already tipsy, my friend clumsily landed on the seat next to his. “Are you going to let us join or just sit there?” she practically shouted, too drunk to notice her volume. I felt myself blush.

“No, sorry!” he said as he chuckled, “Here, you can take my controller.”

I passed, too busy tending to my slightly wasted friend. We were consumed by the game for a while and I was too shy to start a conversation.

Eventually, Alejandro turned to me and chuckled (again). I was starting to think he might have been nervous, too.

“Hey, you’re Nunzia, right? I’ve seen you around before.”
“The school is that small,” I laughed. “Everyone knows everyone here. Yeah…my name’s Nunzia. And you’re Alejandro?”

We chatted for a bit as the rest of the party concentrated on Mario Kart. Later that night, I realized that some of his friends were friends with my ex. They were also staring at us. Talk about awkward.

It turns out that they had been gossiping about me too. I was aware of the fact that I had a reputation in the school as a serial dater. Little did they know that my ex was pretty horrible to me. He was still obsessed with his ex girlfriend, tried to get me to dress like her, and even drunkenly admitted to me that he still had feelings for her.

Despite his friends’ stares and my friends’ concerns, we laughed at one another’s jokes and it was almost as though I’d known him for a while.

Alejandro didn’t seem to care about people’s thoughts or my reputation.  I also wasn’t concerned about what others said about him. The truth is that maybe no one really knew either of us.

“Did you see the way that bitch looked at you?” My friend asked me later that night.

She was referring to one of my ex’s closest friends. Unfortunately, she ran in Alejandro’s circle and wasn’t shy about the fact that she didn’t like me. “She’s jealous. By the way, I can tell he likes you,” my friend said, sleepily.

“You’re drunk, go to sleep,” I smirked, tucking her in.

Deep down inside though, I had a hunch that she was right. Maybe he did like me.

From that point on, every time we saw each other in the cafeteria, we excitedly said, “Hey!”

His smile made me pretty happy. I liked that he always seemed so positive and cheery about everything.

One day, my friend and I were doing homework together and I heard my phone buzz.

“Looks like he’s requested you on Facebook,” she said, excitedly.
“I thought you didn’t like him?” I came back with, playfully nudging her shoulder.
“He’s growing on me…but don’t think I’m completely sold yet!”

By then, it was almost time for summer break. I wasn’t the type to initiate anything but wanted to get to know him. He had given me his number a couple of weeks before and I decided to finally text him. What the hell was I going to say, though?

After looking at my phone for a few minutes, I decided with a Lady Gaga classic:

I waited. A minute. Two.

Happy to say that 4 years later, he’s still my sweet guy with a wide smile and weird laugh. <3